Biodiversity in the Forests of Ixtlán
Man’s presence in the forest
The faces of maize
Struggling to survive
An age-old profession: tlachiqueros
Pulque, women and organization
Integrating Biodiversity into Well-being
Biological Corridors
Quetzal and Shade Coffee
Chicza, the Real Chicle
Home Forests Who Produces the Best Coffee in Oaxaca?
Forests

“Why me and not the others?” wondered Mixtec farmer Maximino Gonzalo García Pérez, while everyone around him the judges, foreign buyers and even the governor-congratulated themselves on having such good quality coffee. It was April 2015 and Maximino had won first place in Oaxaca and third nationwide in the Cup of Excellence contest organized by the NGO Alliance for Coffee Excellence (ACE), based in Oregon USA, which has changed the face of the coffee industry since its inception in 1999.

In the official photos of the event, Maximino looks serious and even intimidated, surrounded by coffee producers from other regions and the smiling faces of the international jury. With his dark cap, he poses for the cameras while juggling two medals and a diploma certifying that his coffee scored 89.38 points in the cup; a coffee from Veracruz obtained first place nationwide with 90.41 points.

The fact sheet available on the Internet on Maximino’s coffee reads: Village located in the community of Guadalupe Miramar, called “Sini Tachi,” in the Mixtec region. The process involves traditional washing with a channel and fermentation tanks. They use a lot of water to process their coffee. Other quality indicators: only landraces. Coffee growing is the main activity in the region, where 80 percent of the farmers produce shade-grown coffee, it says. But these data fail to answer the question: Who produces the best coffee in Mexico and how do they do it? 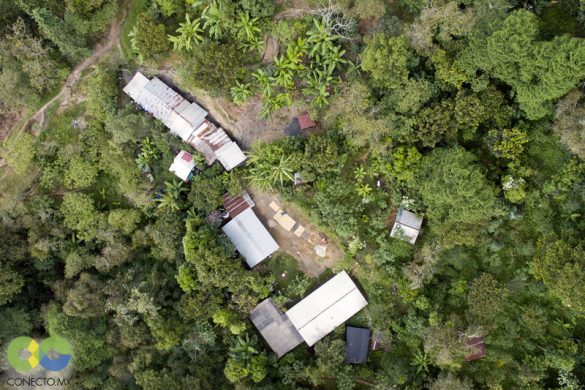 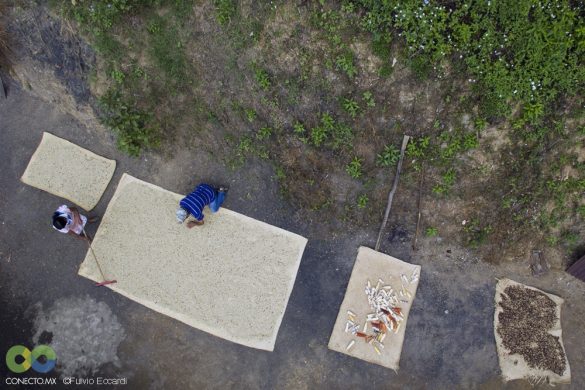 Maximino struggles to make himself understood in Spanish. When we arrive at his house, he warns us, “We speak very little Spanish since we usually talk in Mixtec”.

This 56-year-old indigenous farmer completed sixth grade of elementary school and complements his farm work with bricklaying. He likes to potter around his orchard and do some weeding because he finds it relaxing. With his wife Gudelia Minerva Aguilar García, he had 10 children, four of whom died in infancy.

Fifty-three-year old Gudelia was given to Maximino in marriage, without ever having met him, when she was just a teenager. As she walks, she points out the names of the plants. She bends down and picks up a piece of ginger root and smiles as she shows it to me, yet the wrinkles on her face suggest that life has not been easy for her. Although she did not attend the prize-giving ceremony, she is an essential part of the family’s coffee production.

The best coffee in Oaxaca is produced at 1700 masl on a parcel measuring three quarters of a hectare located three kilometers from Maximino and Gudelia’s house. Since they don’t have a donkey or mule to help them, at harvest time, Maximino carries the sacks of coffee cherries home for wet processing and dries the berries in his backyard. Afterwards he drops them off at the Mixteca Alta del Pacífico de Miramar Community Cooperative, where he is given an advance payment. He will be paid the rest once the coffee has been sold. Maximino knows nothing about what happens afterwards, or whether his coffee sells well in Germany, USA and Japan. 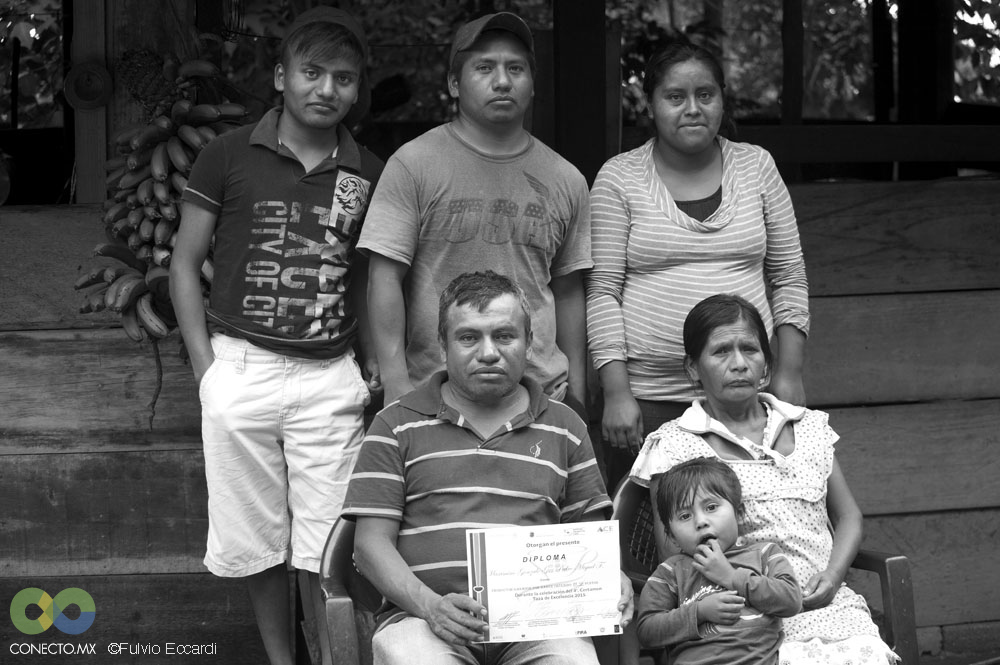 Although he is now paid more for a kilo of parchment coffee –112 as opposed to 60 pesos– Maximino does know that in the Cup of Excellence auction, his batch of 100 kilos received bid of $8.41 USD (143 pesos) a pound, with a total value of $17,450 USD (296.650 pesos), from the Japanese company Wataru & Co. Ltd. At the prize-giving ceremony, he was told about the importance of the diploma he took home, but for Maximino, life goes on as before. “I didn’t know what was going on because I barely understood what they were saying [at the event], I hardly speak Spanish”.

With his granddaughter scampering between landrace maize and banana stalks, Maximino shows how to pick coffee, how he lays it out to dry and how he uses his hands to carefully separate the sound berries from the hollow ones.

Dusk is falling when the two laborers return from the field, tired and hungry, and point out the return path.

We drive back along the highway without fully understanding the secrets behind a Cup of Excellence, but suspecting that the key is the care and affection Maximino and his family lavish on their coffee plantation. 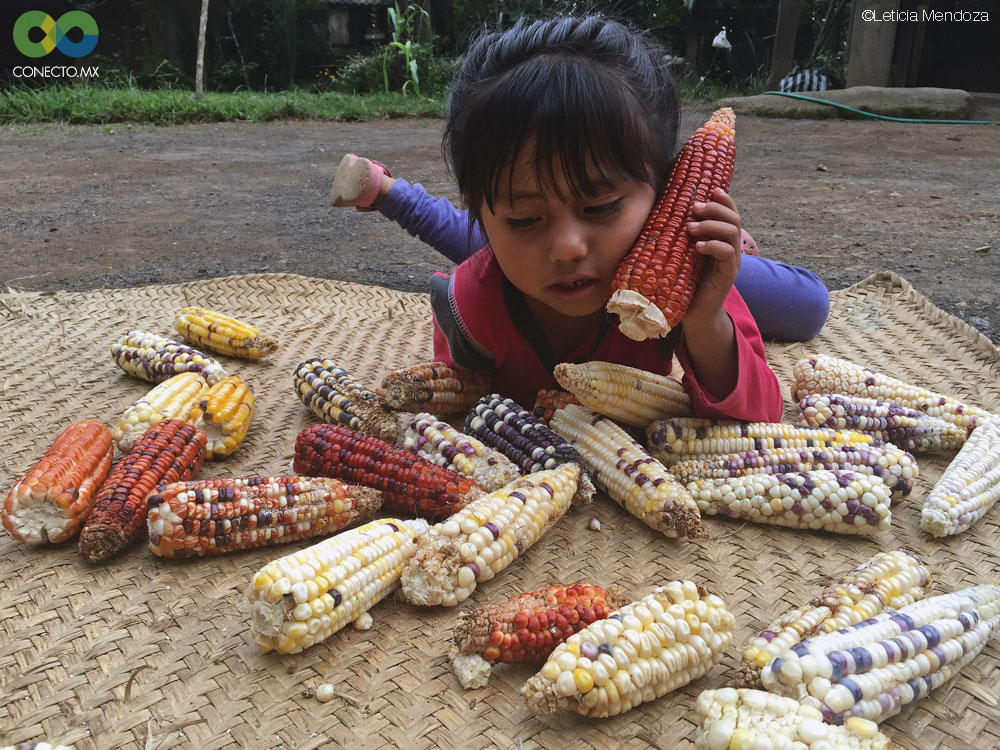